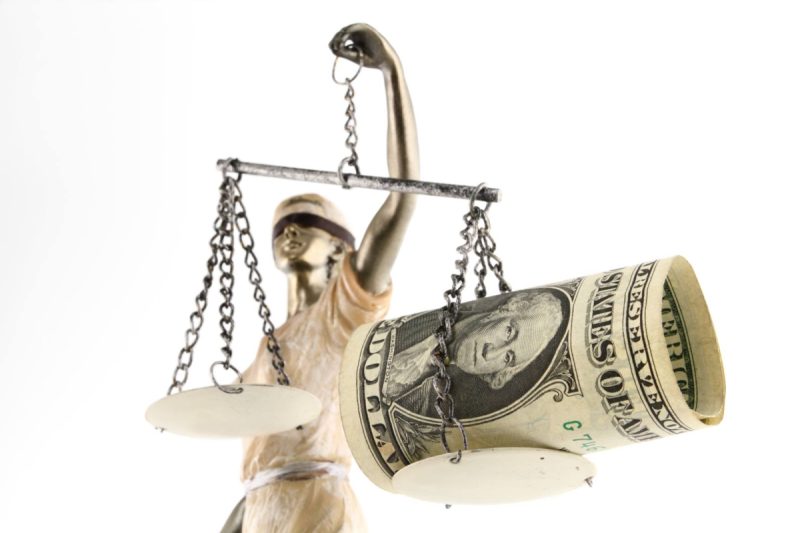 While the race for governor is attracting the lion’s share of attention this election season, two of the most important elections in Illinois are for the state Supreme Court. With a rare pair of open seats and the Republican party struggling to get a foothold in statewide politics, these contests could shape the partisan balance of power for years to come.

The legitimacy of our judiciary depends on people seeing judges as independent arbiters of the law. But the growing impact of megadonors can create the perception – or the reality – of judges indebted to billionaires, party leaders, or special interests. Even if judges don’t allow donors to influence them, big contributors can have an outsized role in selecting who gets to represent the rest of us. A system that requires judicial candidates to tap their personal wealth for campaign funds isn’t healthy either, reserving the bench for those who can afford to run but may not reflect the diversity of the people they serve.

The legislation had prohibited out-of-state donors from contributing to state judicial candidates and banned all donors from giving more than $500,000 to independent expenditure committees, also known as super PACs, involved in judicial elections. With those restrictions gone for now, and given the increased importance of state courts on issues like abortion this year, we may see out-of-state donations and super PAC spending rise while the case works its way through the courts.

We are not powerless to change the role of money in judicial elections. Public campaign financing would diversify the judicial candidate pool and make it easier to finance a race without personal wealth or support from billionaires, party leaders, and special interests. Reform for Illinois has long supported public campaign financing, and we applauded the state legislature’s recent legislation to create a task force to explore the possibility for judicial elections. We’ve also proposed ways to reform our self-funding or “millionaire’s exemption” provision. This unique Illinois law lifts contribution limits when a candidate puts more than a given amount into their own campaign, opening the floodgates to megadonations. While new state rules limit judicial campaign contributions to $500,000 when caps are lifted (instead of getting rid of the limit entirely), more can be done to prevent abuse of the provision.

Finally, we would like to see the state legislature enact effective, constitutional reforms that address dark money and increase transparency so voters can know who is paying to influence them. California, Rhode Island, and other states have laws that help voters trace campaign money back to its original source. We hope Illinois will join them.

Democrats currently have a 4-3 majority on the Illinois Supreme Court. The two seats up for election this year, in the 2nd and 3rd Districts, are the “swing” districts under Illinois’ recently redrawn judicial map. This means that either party’s nominee has a reasonable chance of winning the seat. Prior to last year’s redistricting, Illinois Supreme Court boundaries had not been redrawn since 1964.

Republicans have not controlled Illinois’ highest court since 1969, but they view this year’s elections as a rare opportunity to flip its partisan balance. And they’ve had some reason to be optimistic: in 2020, Republicans and conservative donors successfully opposed Justice Kilbride’s (D) retention on the Illinois Supreme Court. Justice Kilbride was the first justice to lose a retention vote in the history of the Illinois Supreme Court. His former seat (now in a redrawn district) is one of the seats up for election this year.

Justice Kilbride’s failed retention vote has another important legacy: it is the most expensive retention election in U.S. history, coming in at just under $10 million spent in total by pro- and anti-Kilbride groups. Citizens for Judicial Fairness, a super PAC created to oppose Kilbride, raised $6.2 million during that cycle, with billionaire Republican megadonors Ken Griffin and Dick Uihlein providing 88.3% of the super PAC’s total fundraising. With two seats up for election this year and control of the court up for grabs, Illinois could very well shatter spending records again this year.

As mentioned above, a judge recently blocked two new campaign finance measures affecting judicial elections in Illinois. One of those provisions had prevented super PACs from accepting more than $500,000 from a single donor in an election cycle. With last week’s ruling temporarily blocking that provision, super PACs are now free to accept unlimited contributions once more, at least while the case works its way through the courts.

PACs and super PACs have a few key differences worth mentioning here. Political action committees (or PACs) are committees that are subject to contribution limits and can contribute directly to political parties or candidates. In contrast, super PACs (or independent expenditure-only committees) can raise unlimited amounts of money but cannot contribute directly to parties or candidates. Any election spending by a super PAC to support or oppose a candidate cannot be coordinated with that candidate, hence the term “independent” expenditure. Check out OpenSecrets to learn more about both types of PACs.

Ties to other committees: Families for a Safer Illinois (new super PAC)

Any spending so far?: None, but we can expect some soon.

Ties to other committees: N/A

Any spending so far?: $1.5 million in reported spending on ads, though Politico reported that the group has already spent $3 million on ads opposing Curran and Justice Burke.

Ties to other committees: N/A

Any spending so far?: $1,358,750 on ads opposing Judge Rochford and Justice O’Brien and supporting Curran and Justice Burke on October 3rd. Citizens for Judicial Fairness spent another $226,250 on ads on October 7th. On October 19th, Citizens for Judicial Fairness reported spending $1,403,807.44 on October 17th to oppose Justice O’Brien and support Justice Burke via ads and text marketing.

Ties to other committees: Restoration PAC

“Dark money” refers to money spent to influence the outcome of elections when the actual source of that money is not disclosed. 501(c)(4)s, or “social welfare organizations,” are a type of politically active nonprofit included in this “dark money” definition. 501(c)(4)s do not have to disclose their donors, but they can spend money to influence the outcome of elections. For more information about dark money in American politics, visit Open Secrets.

Dark money groups are required to disclose some information about how they spend their money through a Form 990, which is filed with the IRS each tax year. Unfortunately, IRS processing delays due to the COVID-19 pandemic mean that the most recent publicly available Forms 990 are from the tax year ending in December 2020. And there’s always some delay, meaning that timely information about election spending may not always be available to the public.

A dark money mystery: Is it Stacey Abrams or not?

Here’s an example of the difficulty of tracing some donations. A group called Fair Fight recently contributed $500,000 to the pro-Democrat All for Justice super PAC. The only information about Fair Fight available from All for Justice’s campaign disclosure report is its address, listed as a post office box in LaGrange, IL.

Politico cited a report in the Madison-St. Clair Record stating that the donor is connected to the Fair Fight voting rights organization headed by Georgia Democratic gubernatorial candidate Stacey Abrams. The founding publisher of the Madison-St. Clair Record is conservative activist Brian Timpone, who has worked with conservative pundit Dan Proft on similar publications.

While it is possible that the Fair Fight group that made the donation is associated with Georgia-based Stacey Abrams, it’s also possible that it’s a different group with a similar name. The donor’s listed address is not in Georgia but in Illinois, and the same post office box has been associated with the Illinois labor-related Fight Back Fund 501(c)(4) organization as recently as 2019. We could not find an organization called Fair Fight with the LaGrange address in the Secretary of State’s corporate directory (though we did find another Georgia-based organization called “Fair Fight Initiative”).

Stacey Abrams’s Fair Fight organization did not immediately get back to us about the donation, and the author of the Madison-St. Clair Record article did not respond to our inquiries about his piece. With the information we’ve been able to find, it is simply not clear where this half a million dollars came from. And even if we did find out something about the organization, we wouldn’t necessarily know who all its donors are because it may not have to disclose them.

The confusion highlights the weakness of our current disclosure rules and the difficulty of tracking some campaign contributions to their original source, making it hard for voters to know who’s trying to influence them.

There are two known groups with unknown donors that are worth watching this year. The Illinois Opportunity Project and the Judicial Fairness Project are both 501(c)(4)s that contributed $350,000 and $200,000, respectively, to the Citizens for Judicial Fairness super PAC in 2020, which was one of the biggest spenders in the anti-Kilbride campaign. Given the importance of this year’s races, one or both of these dark money groups may become active again this cycle. One of the Illinois Opportunity Project’s donations was in late October 2020, which could suggest that the group will spend in these races closer to Election Day. If either 501(c)(4) chooses to contribute directly to Citizens for Judicial Fairness again (or another covered entity), we’ll be able to track that money in real time. We may not, however, be able to know who all the donors are behind that money.

History: The group opposed Justice Kilbride’s (D) retention vote in 2020 by contributing to the Griffin- and Uihlein-backed Citizens for Judicial Fairness super PAC. From 2018 through today, it has given more than $2.6 million to Illinois political committees — but the original sources of those contributions are unknown. When pressed about the source of their funds in 2017, the group said “Our donors – like anyone who uses their constitutional rights to support a cause – aren’t ‘Dark’, they’re free.” The group has also brought lawsuits in states across the country aimed at overturning policies designed to increase public transparency of political spending.

Matthew Besler, the Chairman and CEO of the group, has ties to both former Gov. Bruce Rauner’s (R) administration and the successful campaign against the Fair Tax Amendment in 2020. Patrick Hughes, a co-founder of the Illinois Opportunity Project, also co-founded the Liberty Justice Center and was the Center’s lead strategist in the Janus v. AFSCME U.S. Supreme Court case. Janus held that public sector unions cannot require non-member employees to pay agency fees covering the costs of non-political union activities.

Any spending so far?: Not that we’ve seen, but there’s still time.

Any spending so far?: Not that we’ve seen, but there’s still time.

We’ll continue keeping an eye on the big money in these races, but it’s always good to do your own research, too. Check out our easy-to-use database, Reform for Illinois’ Sunshine Campaign Finance Tracker, to see who’s funding –- and influencing – your candidates and elected officials.