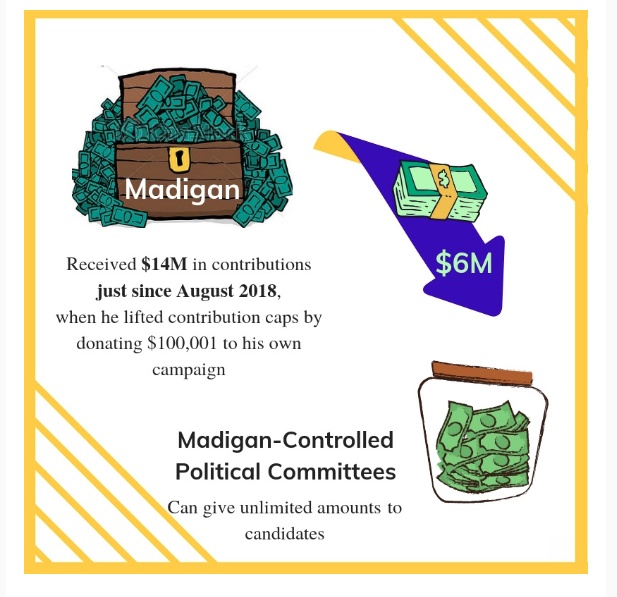 This election cycle has seen record-breaking spending by two ultra-wealthy gubernatorial candidates. But that’s not the only big money story in Illinois politics.

To an unprecedented extent, party leaders, mega donors and special interests appear to be using a law intended to bring fairness to campaign funding to instead get around contribution limits and funnel millions of dollars to political committees and down-ballot candidates.

Illinois campaign finance law provides that when a candidate or Super PAC puts a significant amount of their money into a race, all contribution limits are lifted in that race. That number is $100,000 for state legislative candidates and $250,000 for statewide candidates. The rule is meant to level the playing field for non-wealthy candidates, who would otherwise be restricted to collecting $5,600 crumbs from individual donors while their self-funded opponents poured unlimited amounts into their own campaign accounts.

This legal provision is now ensuring wealthy donors can work around limits that are supposed to dilute their outsized influence on politics and public policy. 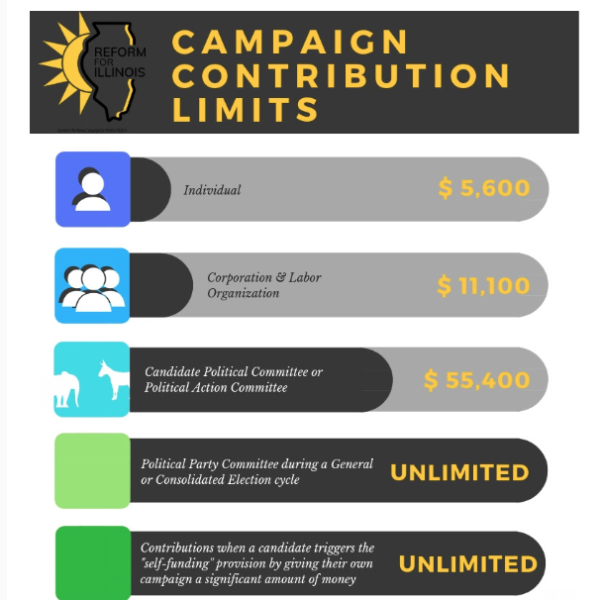 In August 2018, Democratic House Speaker Michael Madigan put $100,001 of his own money into his campaign account, triggering the self-funding provision and blowing the contribution caps off his race.

Since then, Madigan has accumulated $14 million, much of it from big labor organizations like LiUNA ($1.5 million) and the Chicagoland Operators ($1.3 million). That brought Madigan’s fundraising total for this election cycle to over $19.5 million, a remarkable amount for a candidate with no opponent.

As Election Day approached, Madigan took some of that money and started pouring it into other accounts. Just in October, Madigan transferred nearly $6 million to two political party committees he chairs: the Democratic Party of Illinois and the Democratic Majority.

Madigan isn’t the only one playing this game

This cycle, Durkin has accumulated almost $10 million in his campaign coffers. He raised about $6.8 million of that – $6 million from Griffin alone – just since September, when the Republican State Leadership Committee (RSLC) Super PAC blew the caps off his race by spending more than $100,000 to support him. Like Madigan, Durkin is hardly facing a tough re-election fight – his Democratic opponent has raised a little more than $10,000. 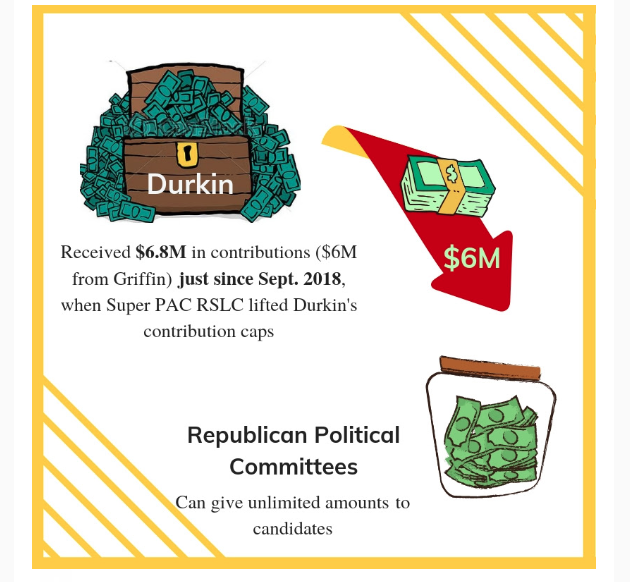 On a smaller scale (by Illinois standards), unopposed Republican Senate leader Bill Brady has been money-moving as well, breaking his own caps in early October 2018 and subsequently gathering $1.5 million from Ken Griffin and $150,000 from shipping and industrial goods magnate Dick Uihlein. Brady has since transferred $2.3 million from his campaign account to the Republican State Senate Committee.

Notably, Sen. Brady loaned his campaign the $100,001 that lifted the contribution limits, a loan which became easily repayable three days later when Ken Griffin gave him $500,000. Brady also touts his support for campaign contribution limits on his website. 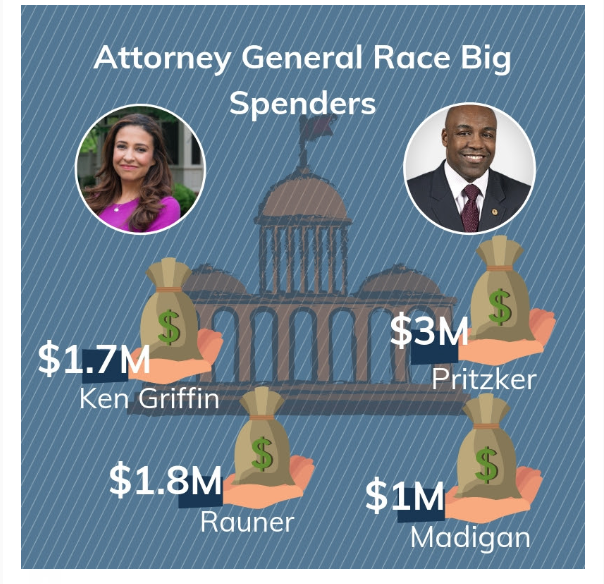 Overall, here’s how Illinois’ megadonors have spent their money this election cycle:

It remains to be seen whether this election cycle is part of an irreversible trend towards the concentration of Illinois’ political power among a few ultra-wealthy and ultra-powerful men, or whether it’s a temporary escalation in the money arms race due to the huge influx of funds by Rauner and Pritzker in their quest for the governor’s seat. What is clear, however, is that Illinois’ campaign finance laws are being used to magnify the power of the very people whose influence they were meant to limit.

Reform for Illinois will keep shining a light on the inner workings of our state government and advocating for common-sense campaign finance reforms that will ensure that everyone – not just the wealthy or well-connected – has a voice.