RFI in the News

Our Pandemic Elections Aren’t Over Yet

Since the November elections, Reform for Illinois has been working with Promote the Vote, a coalition of civic organizations, to discuss the steps that must be taken to ensure that citizens can safely cast their vote in the upcoming elections in February and April 2021. With time running out for the General Assembly to take action, our work has focused on the reauthorization of the use of drop boxes, a popular and impactful tool that many election authorities took advantage of in November.

Read our statement to the General Assembly below. If you would like to contact your representatives about the importance of protecting the vote in 2021, you can find the contact information for their offices here. 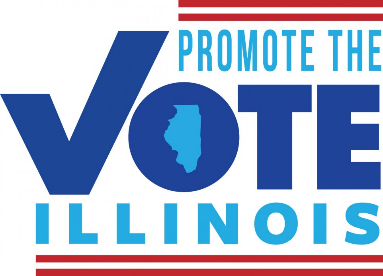 The Illinois General Assembly’s emergency COVID-19 election legislation authorized election authorities to use secure ballot drop boxes for the November 2020 elections, which proved popular with administrators and voters alike. But that authorization has now expired.

Without swift state reauthorization of drop box use, election authorities will not be able to use them in 2021. This will threaten the prospect of safe and fair elections in February and April, when the pandemic will likely be far from over and mail-in voting will likely still be in high demand. The General Assembly must act as soon as it reconvenes in January to ensure drop box authorization for the upcoming 2021 elections.

Drop boxes were widely used in November, and voters will expect to be able to use them again. Forty-six of the state’s 108 election authorities made drop boxes available to voters for the November election, and almost 80% of the state’s population (more than 10 million people) live in election jurisdictions that offered them. They were heavily used, with some jurisdictions reporting ⅔ or more of mail-in ballots returned to drop boxes.

Drop boxes have benefits for voters, such as increasing accessibility, promoting trust, and fostering voter engagement. They improve accessibility and advance equity by expanding safe ballot return options and allowing postage-free return for jurisdictions that don’t offer prepaid ballots. In addition, the secure nature of drop boxes and the fact that ballots are collected daily can increase voters’ confidence that their ballot will be properly returned and counted. Increased access to trusted voting options may have contributed to achieving Illinois’ highest voter turnout since 1992.

Drop boxes also have benefits for administrators, such as potential cost reductions from providing a postage-free ballot return option.

We want election authorities to be able to use the tools they have already invested in. We want to give voters the option to cast their ballot using the same safe and trustworthy method they used in November.

That is why we are calling on the General Assembly to extend the authorized use of drop boxes.

We ask the General Assembly to act quickly to make voting safe and accessible for all in the upcoming elections and beyond.