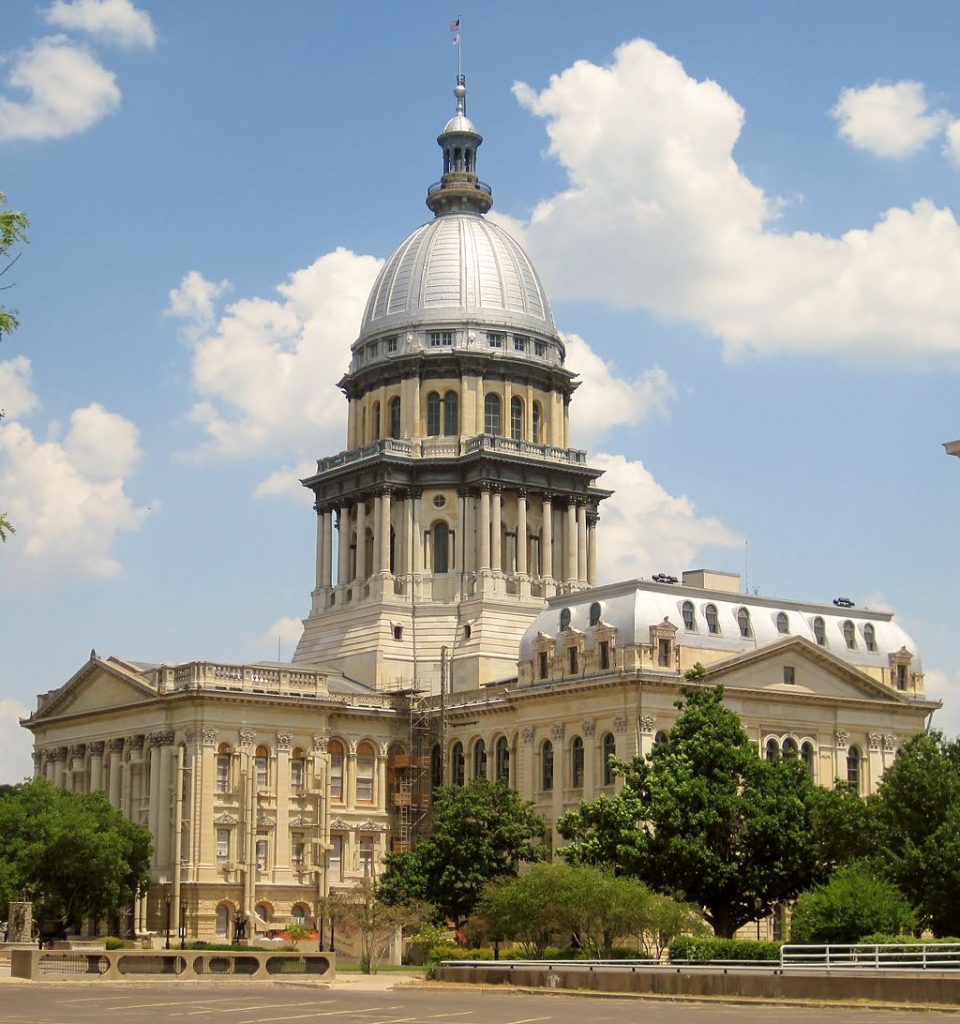 Senator Don Harmon assumed the office of President of the Illinois Senate in January of 2020 following Senator John Cullerton’s resignation. He is now a key player not only in passing legislation but also in raising and distributing funds for members of the Democratic Party, especially those running for Senate seats.

The Senate passed term limits for leadership posts in 2017, meaning Senator Harmon’s time in the top job will be limited to ten years. (At least in theory—because the leadership term limits are a rule change and not a statutory change or constitutional amendment, they can be undone by a vote in the Senate.) That means that he likely won’t have time to accumulate the same level of power as Speaker Madigan, the longest-serving Speaker of the House in any state in U.S. history.

But Senator Harmon is less than one year into his tenure as one of the state’s top Democrats and has already taken steps to make himself a key money mover in Illinois politics.

Harmon is taking in massive donations

In December 2019,  before he assumed the office of Senate President, Senator Harmon took advantage of the self-funding provision in Illinois’ election code by loaning his campaign committee $100,001 to allow it to take in unlimited contributions from donors.

Republican leaders have been using the self-funding loophole since 2016, and Speaker Madigan began using it in 2018 to great effect. Former Senate President Cullerton, however, never opted to use it.

Since joining the fundraising fray in December, Senator Harmon has taken in $2.4 million from donors who gave more than they would have been allowed to if contribution limits were in place. That’s more than half his total fundraising since December.

Like Speaker Madigan, Senator Harmon controls several committees. His personal campaign committee, Friends of Don Harmon for State Senate, has raised the most money, in part due to his use of the self-funding rule. He also recently set up ISDF, the Democratic Senate caucus committee that contributes to Senate races, mainly through in-kind donations such as paying for staff or mailings.

It’s not entirely clear why Senator Harmon created and maintains his State Central Committeeman campaign fund, but having more committees can make it easier to collect more money.

In 2016, before using the self-funding loophole, Speaker Madigan collected maximum contributions from a single donor in each of the four committees he controls, effectively allowing him to quadruple contribution limits.

Controlling multiple committees creates a second method (in addition to the self-funding loophole) to subvert contribution limits because the five committees can make liberal transfers to each other. Friends of Don Harmon for State Senate is currently the largest contributor to the ISDF, having contributed more than $1 million of the $1.76 million the caucus committee has raised since its creation. Much of that money has gone towards paying for advertising and campaign staff for Democratic Senate candidates.

President Harmon also maintains a close connection to the Illinois Democratic Heartland Committee, a PAC that focuses on supporting down-state Senate Democrats and shares a treasurer with ISDF. Friends of Don Harmon for State Senate recently infused it with a $250,000 transfer, bringing its total fundraising for this quarter to nearly half a million dollars.

How do the legislative leaders stack up? 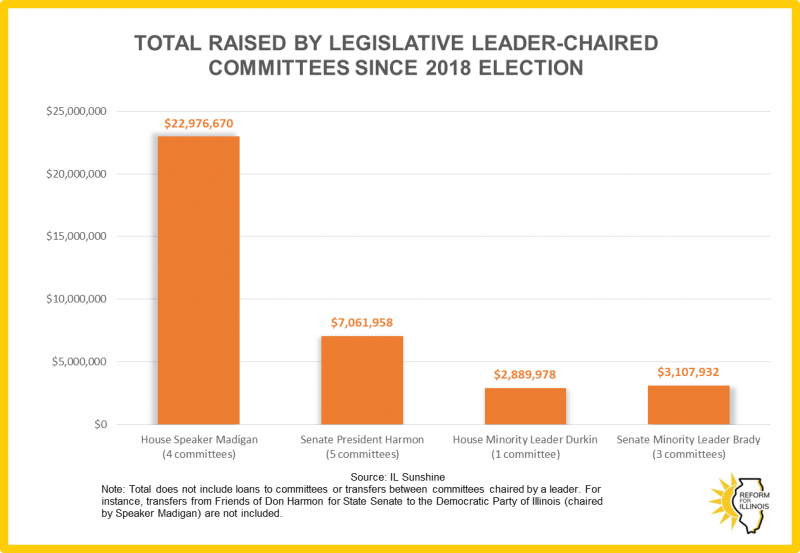 It’s no surprise that Speaker Madigan dwarfs all other non-billionaire candidates when it comes to fundraising. However, Senator Harmon’s success is noteworthy as well. In his first term as Senate President, he has raised more than twice the total collected by House Minority Leader Jim Durkin and his Senate counterpart, Minority Leader Bill Brady.

Of course, the 2020 election cycle is not over. All four legislative leaders have used the self-funding loophole to remove contribution limits to their personal campaign committees, meaning that contributions from just a handful of megadonors could significantly alter the fundraising picture.

Speaker Madigan has been the lightning rod at the center of Illinois politics for decades, and for good reason. But he is not the only power player in Illinois Democratic politics.  While Senator Harmon’s fundraising prowess is not yet on par with Madigan’s, he is on the rise, just one year into a possible decade as Senate President. It’s well worth the effort of starting to pay attention to where he is getting his funding and what he is doing with it.