The Illinois Primary Elections Are One Year Away. Where Is the Money Going So Far?

The Illinois primary elections are one year away today, but some candidates have already starting building their war chests. We took a look at two races that have attracted big money: the campaigns for governor and secretary of state. 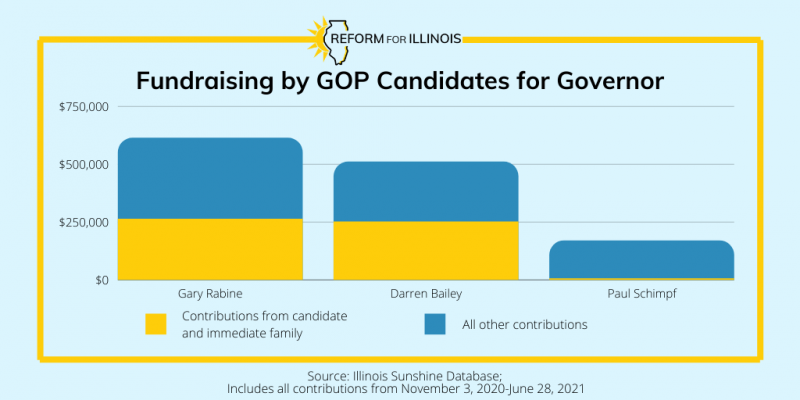 In the GOP primary for governor, three candidates have raised over $100,000. Businessman Gary Rabine and state Senator Darren Bailey have both raised roughly half their funds so far through contributions from themselves and their family members. Former state Senator Paul Schimpf has received just $6,000 from a family member.

Rabine’s contributions to his own campaign, which exceed $264,000 in loans, have triggered the “self-funding rule,” removing contribution limits for all candidates in the race.

Read more about the self-funding rule and our recommendations for reforming it here. 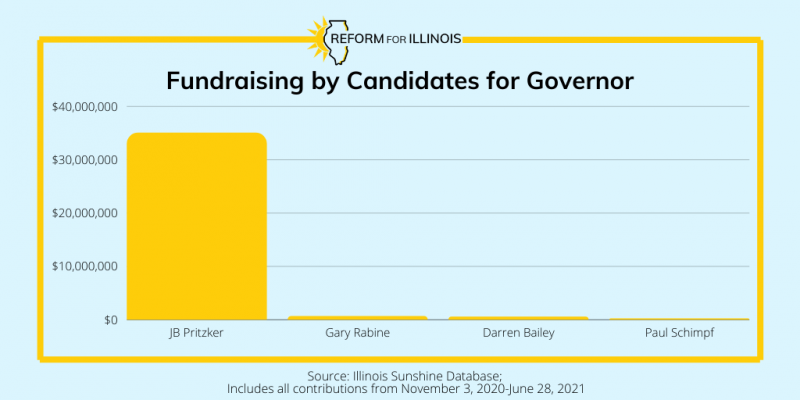 But the fundraising by all the GOP candidates combined pales in comparison to JB Pritzker’s fundraising in 2021, made up of a single donation: $35 million from the billionaire governor himself. Back in March, RFI Executive Director Alisa Kaplan spoke with Crain’s Chicago Business about what Pritzker’s self-funding meant for the governor’s race.

The secretary of state’s race 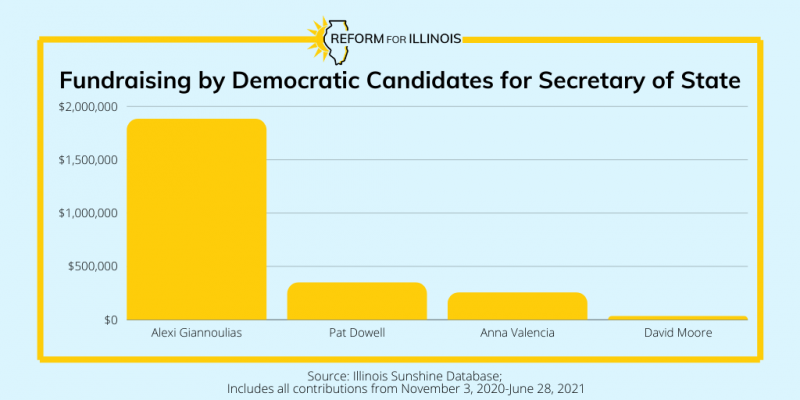 Jesse White’s planned retirement at the end of his sixth term as Secretary of State has triggered a flurry of interest among Democrats seeking to replace him, and many have gotten an early start on fundraising. Alexi Giannoulias, the former Illinois Treasurer, has taken an early lead, raising more than $1.8 million since Election Day 2020.

Since all four candidates have run for office previously, they are also entering the race with a fair amount of cash on hand left over from earlier elections. 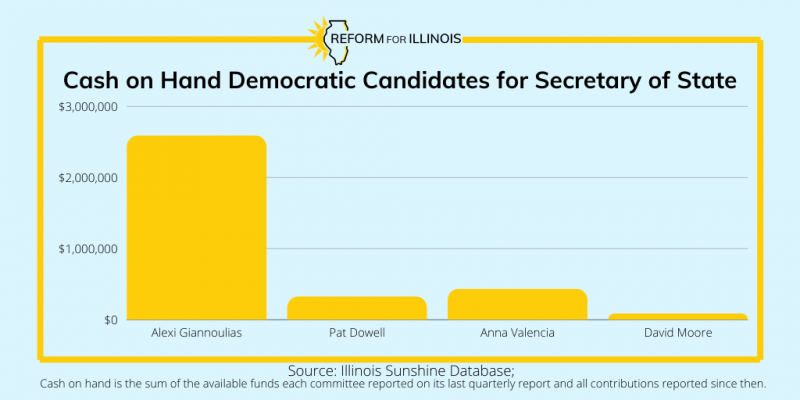 Despite not actively fundraising for more than a decade, Giannoulias started the race with more than $700,000 in his campaign account left over from his run for Treasurer in 2006, putting his current cash on hand at more than $2.5 million.

With the primary elections one year away today, there is plenty of time for more candidates to jump into the races or for wealthy donors, PACs, and unions to make their mark.

As always, following the money will be crucial to knowing not only who is fueling candidates’ rise to office, but who they will listen to once elected.

Reform for Illinois will keep shining a light on the inner workings of Illinois government and advocating for common-sense reforms that will ensure that everyone—not just the wealthy or well-connected—has a voice in their democracy.